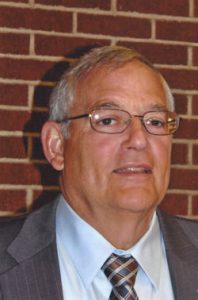 Jack has always believed in being active in the community as evidenced by his past participation in the Greater Kittanning Jaycees (past president), the board of directors of the Moraine Trails Boy Scout Council, Cowansville Area Health Center, Armstrong County YMCA, Fort Armstrong Folk Festival, and the Armstrong County Community Foundation. He is the President of Armstrong County Building and Loan Association. In 2012, in recognition of his life-long dedication to the community, Jack was inducted into the Ford City Area Hall of Fame.

He is married to Kris and they have three daughters and six grandchildren. In his free time he enjoys golf and cards with his friends.

Attorney Steiner has had the same assistant, Kim Kerr, for 38+years.